The Urban Development Corporation (sau-msi.brussels) is the owner of the BIP Regional Centre site, located at the corner of Rue Royale and Place Royale, between the Museum of Musical Instruments and the Royal Palace. Generally known as ‘BIP’ (short for ‘Brussels Info Place’), or sometimes as the ‘Complexe Royale’, the site is a showcase for the Brussels-Capital Region.

The Regional Government has tasked the SAU with constructing a modular building here to accommodate a new page in the culture of Belgium and Brussels: Philippe Geluck’s ‘LE CHAT cartoon museum’. This new cultural institution will be accessible via the gate, flanked by two lions, of 6 Rue Royale, by which  the Cour des Lions is entered to the right of the BIP buildings. On a plot of land which also belongs to the SAU, enclosed between the BIP buildings and Bozar, is a building which has long been disused and lacks any historical interest. It is the only edifice not to be listed on this particularly dense historical and cultural site. It will be replaced by a new building which has been the subject of close consultation with the Royal Commission on Monuments and Sites. 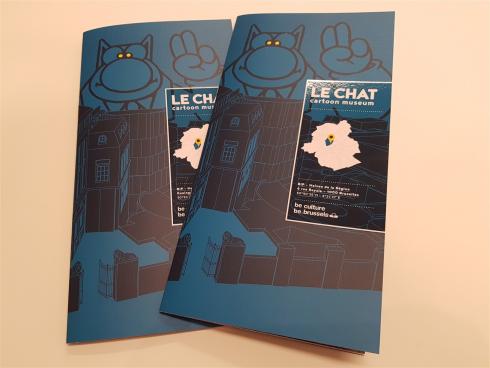