The SAU is tasked with the operational implementation of mediapark.brussels, the ambitious urban project that will transform the site of the public TV broadcasters RTBF and VRT in the space of a few years into a diverse, open, vibrant new district focusing on the media and the creative industries.

On this site, the SAU is playing a coordinatory role, selecting public and private operators to construct infrastructure, housing, equipment and services and seeking out investors in order to achieve the Region’s ambition of  creating a new development area of some 382,000 m², restoring quality of life to the heart of the districts concerned and linking them together, integrating housing, shops, services and leisure provision, and reinforcing the existing economic fabric with an innovative ecosystem centred on the media and the creative industries. This will involve the development of 9,5 hectares of varied public spaces, the construction of 1,600 homes and related services and facilities (shops, schools, nurseries, etc.), the development of a 30,000 m² site to accommodate new businesses in the media sector, and other measures.

Frame: a showcase for mediapark.brussels

The SAU will also build the Frame media centre on land that it owns on Boulevard Reyers, between the Diamant pre-metro station and the entrance to RTBF, near the E40 motorway exit. Funded by the Brussels-Capital Region and the European Regional Development Fund (ERDF), Frame will help to implement the Region’s desire to reinforce the media, audiovisual and communication sectors. It will constitute a new epicentre in Brussels of these fields of activity, bringing an entire creative ecosystem together in a single building of some 9,000 m2: regional television (BX1); a training institute (IHECS Academy); a regional support structure (screen.brussels); a co-working space and a specialised business centre; shared facilities; and so on.

Frame will thus simultaneously represent a flagship building, a source of attraction, one of the first new structures and a foretaste of mediapark.brussels. In short, it will be a showcase for Brussels’ new creative district.

The construction budget is financed by the Brussels-Capital Region and the European Regional Development Fund (ERDF). 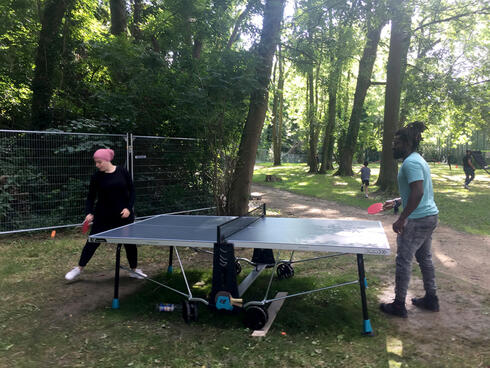 SAU seeks team to consider the conversion of Reyers Tower 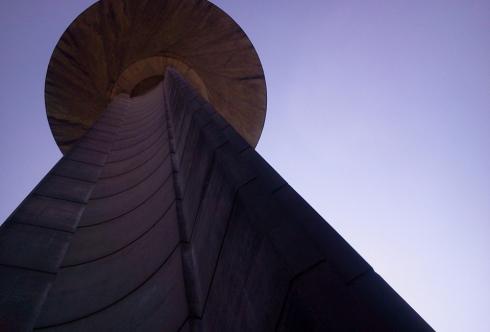 SAU obtains planning permission for FRAME, the showcase for mediapark.brussels 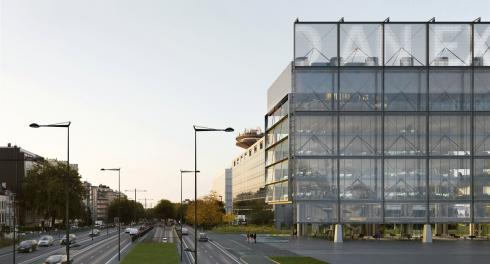