Living and working in a park: such is the basic appeal of the diverse and sustainable district which will be created on the disused railway site of the former Josaphat marshalling yard.

This huge pear-shaped site, which is hidden away and little-known, is bordered by Boulevard Leopold III, Avenue Gilisquet and Boulevard Wahis, the last of which separates it from Josaphat Park, with which it is sometimes confused. At the far end of this vast area of ​​24 hectares is the Evere stop on SNCB-NMBS line 26, which splits the pear into two halves which are currently separated, but will be linked together by the planned developments. This location on a line of the future RER, whose service has already been improved by the opening of the Schuman-Josaphat Tunnel, is one of the major advantages for the development of the new sustainable district, with the prospect of fast links to the airport, the European Quarter and other employment centres.

At present, the site consists of a wasteland on either side of the railway tracks, and an industrial zone to the east of the tracks.

The role of the SAU

The SAU (at that time SAF-MVV) purchased the land from the Railway Infrastructure Fund (FIF-FSI). After being cleaned up, it was the subject of a wide-ranging consultation process bringing together regional and local stakeholders.

This led to the formulation of a master plan, approved by the government of the Brussels-Capital Region in March 2014. This plan has since been the subject of numerous technical studies, coordinated by the SAU, to refine, validate and improve the first options. An environmental impact report has also been produced, to ensure that the new district is integrated seamlessly into its environment.

The various reflections have resulted in the approval of a draft masterplan (PAD) by the government. After the public inquiry and the consultation of the various official bodies, the regional government will be able to adopt a PAD which will be put into effect immediately.

The following options have been developed:

While going through the approval procedures for the strategic and regulatory planning, the SAU is preparing the site’s development at two levels. First, it  launched a public procurement procedure to appoint a developer responsible for carrying out the first property development phase concerning about 650 public and private housings on the south part of the site. Second, it is coordinating all the development operations undertaken by the many different public bodies relating to the introduction of utilities, the development of green spaces and the introduction of facilities and public housing.

On the site, the first work will concern the introduction of utilities and the creation of a park with an area of 2.7 hectares. The budgets for this investment phase will come from the Beliris fund. The construction of housing and facilities will begin as soon as possible, extending over a period of around 12 years.

More information about our activities on this site 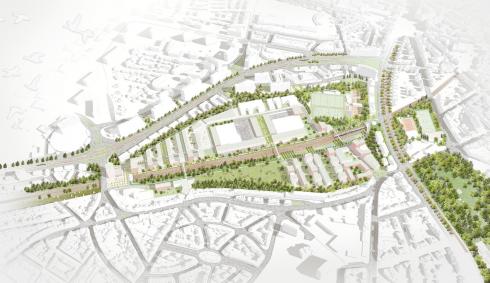 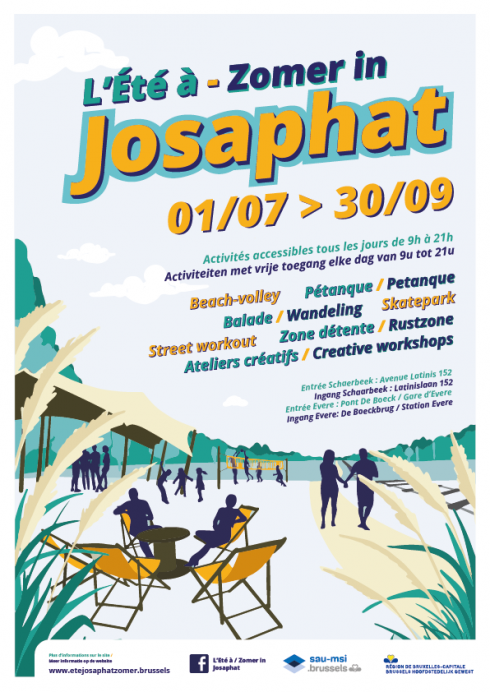 The ‘Summer at Josaphat’ programme 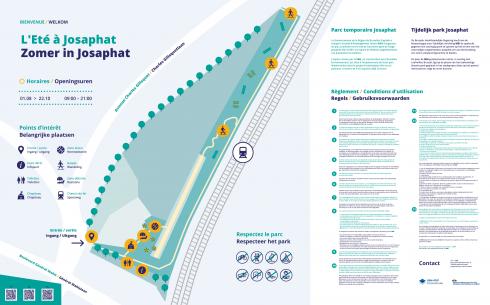