The old gendarmerie school was built at the intersection of Boulevard Général Jacques and Avenue de la Couronne in Ixelles in the early 20th century. The site is ideally located, near several major campuses of two universities (ULB and VUB), at a place where a number of young and vibrant districts converge, and on a public transport hub (train, tram and bus).
The military site's quadrangle measures 3.9 hectares and its enclosing wall is nearly 800 metres long. Its current buildings have a total floor space of some 56,000 m2.
The Brussels Region decided to buy the site from the Federal State when the police announced plans to move out. The objective: to convert it into an open, diverse and dynamic district that is urban and welcoming, university-centred and international, sustainable and innovative: Usquare.brussels. The new district will meet the needs of the city’s inhabitants, and particularly local residents, while hosting an ambitious project of international significance with joint backing from ULB and VUB.

On 19 November 2020, the Brussels Government approved, at the third reading, the Territorial Development Plan (PAD-RPA) for the former barracks steered by perspective.brussels. This stage concludes the procedure for drafting the plan to convert the site.

The role of the SAU

The Urban Development Corporation (sau-msi.brussels) has been appointed by the Brussels Region as the developer which will coordinate the various operations to create Usquare.brussels.

The SAU’s role in this former military complex will include:

Usquare.brussels will thus involve the conversion of a barracks – an enclosed military complex from the early 20th century – into an open and diverse living space fit for the 21st century: not a campus, but a genuine new part of the city, with all that this implies.

The SAU is also the contracting authority for the future conversion of the arena where horse-riders were trained into a sustainable food hall. This component of the repurposing of the barracks is funded by the European Regional Development Fund (ERDF).

Usquare.brussels: the SAU is looking for a multidisciplinary team for the architectural design of the Brussels Autism Centre 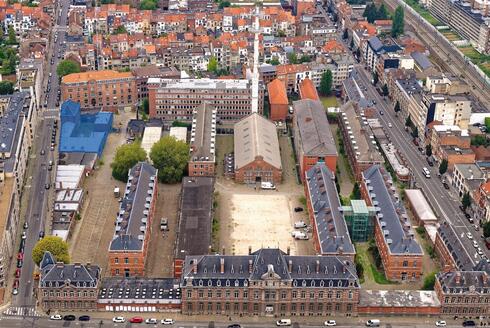 SAU seeks service-provider to steer the transition from See U to Usquare.brussels 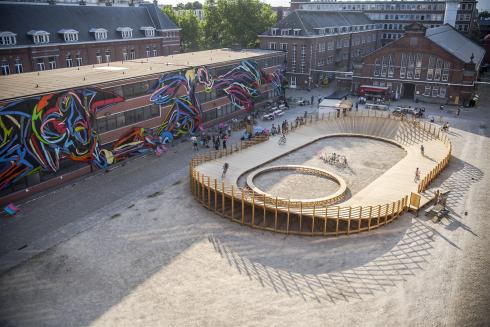 Usquare.brussels: conversion of former barracks picks up speed, with emphasis on reuse of materials