The Urban Development Corporation (sau-msi.brussels), acting on behalf of the Brussels-Capital Region, has launched the procedure for the sale of a 19,000 m2 building opposite the Bourse, the epicentre of the new pedestrian zone.

The building, which was previously used by Actiris, the Brussels Regional Employment Office, occupies more than the south-east half of the triangular block formed by Boulevard Anspach, Rue Paul Delvaux and Rue du Marché aux Poulets in the heart of the city. It has seven floors above the ground floor, which is currently occupied by shops.

The procedure adopted for placing this regional building on the market is that of a sale subject to conditions. The SAU has been particularly careful to take account not just of the price offered, but of criteria relating to architectural quality, functional diversity and active use of the building, given its strategic location.

Permission granted for The Dome, the conversion of the former Actiris building 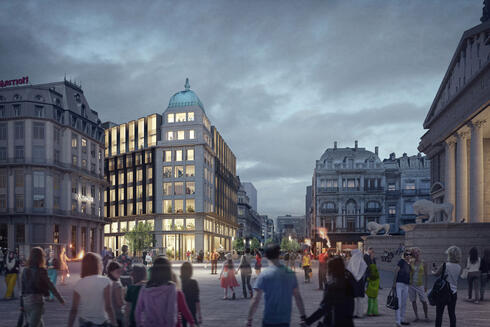 The buyer of the former Actiris building is known 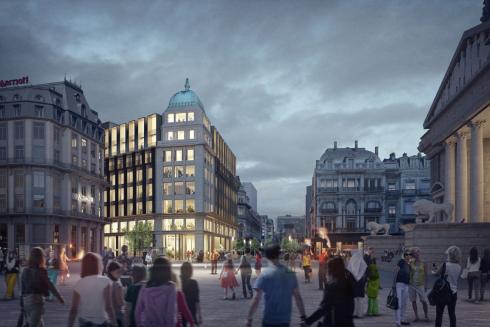